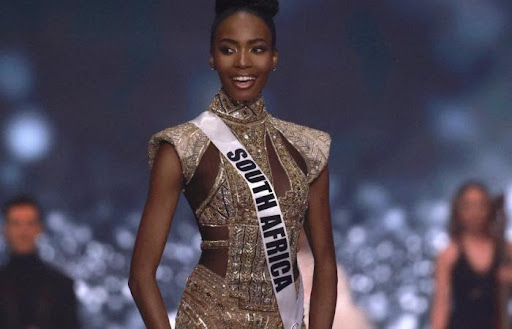 While the Miss Universe committee announced that the event will be held in Israel, there has been an outburst of protest from civil rights groups, political parties, and the locals of South Africa to boycott the event to support the Palestinians in Israel. This led to the government withdrawing support from Miss South Africa to compete in the pageant.

Over the past weekend, a social media debate spurred after Lalela Mswane wore an outfit at the Miss Universe Pageant that reflected a dove of peace gown. While the 24-year old contestant dazzled in the dove of peace costume that represented the spirit of South Ubuntu and showed the culture of South Africa, a Twitter user wrote in opposition that Miss Lalela Mswane is representing herself and not the country.

Miss Lalela Mswane retaliated through her Twitter account and wrote a caption about her country that read “A nation that has shown that lasting peace can be achieved. She is honoured to bring this message of hope to the global stage.”

In her final speech on the stage of Miss Universe before the winner was announced, Miss South Africa urged young women to choose courage over comfort. She also said that “The whole experience has been beyond my wildest expectations. I am deeply thankful to all the amazing people who have supported and uplifted me.” Despite all the overwhelming challenges and protests from South Africa, the government congratulated Miss Lalela Mswane for her historic win.