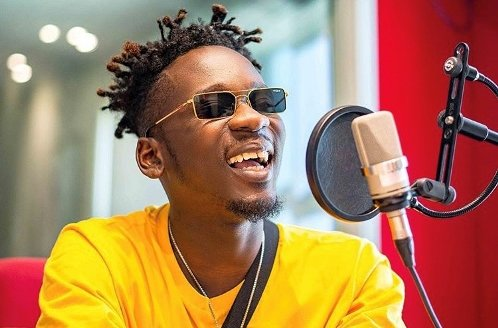 Award-winning music performer, Mr Eazi launches a fund to invest in the future stars of Africa. The Africa Music Fund (AMF) was worth $20million, stated by Mr Eazi.  The lead investor is 88 mph, a company that capitalizes African companies. Via AMF, the 29-year-old Nigerian artist claims that he wants to establish a modern platform to support the music business on the continent. Mr Eazi pointed out that the financial encouragement for the musicians to expand their catalogs is one of the key factors for promoting albums. Most consumers and financial companies don’t grasp the music industry and thus can not support artists properly, he added.

Based on current sales and estimated revenue, chosen musicians may earn support utilizing measures including streaming income. Artists are provided with funds early on to expand their content on the basis of their revenue. When the artist’s sales increase, he said, the original advance spent in the music of an artist shall be charged in increments.

He said that the AMF would also provide a broader audience exposure to music events by helping them to discover and sell their songs, through helping them locate and book shows. Mr Eazi reports that his parent firm emPawa Africa is going to introduce Cinch Distro, a music streaming site for emerging artists in collaboration with music technology company Vydia.

Through Cinch Distro, artists are able to upload a song for 500 naira or 4,000 naira (around $10) in unlimited song uploads to big music stores. The artists effectively distribute their music through the platform and track their production.

The AMF is not Mr Eazi’s first venture in music and artists around the continent. In 2018 he launched emPawa Africa, a network of incubators supplying musicians with funding and promotion platforms for songs, radio exposure and television airplay and turning people through self-employed songs enterprises. Many of the continent’s most popular musicians, such as Joeboy in Nigeria and Derobie in Ghana, were discovered by emPawa. “I want to look back and satisfy myself by knowing that I’ve contributed to the participation of African equities in the continent ‘s music infrastructures.”