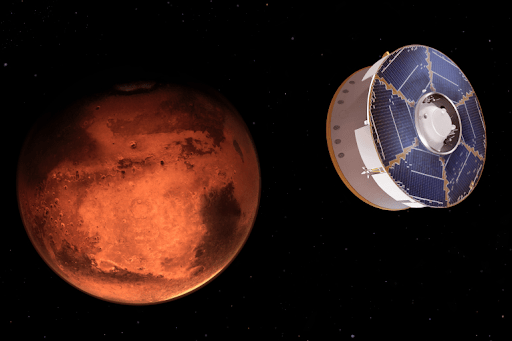 If NASA successfully deploys its fifth rover on Thursday, it would launched the first microphones of Red Planet, its first aircraft and a range of cameras, and a life-detection duo known as SHERLOC and WATSON.

Hopefully, the Perseverance rover will also complete the first phase in an expected tenth year attempt to return Martian rock samples to researchers in the field of Earth. The rover has a drill that can collect approximately 40 core samples, of which about 30 will be returned to earth in 2031 — although this schedule might change.  However, with luck, scientists won’t wait for signs of Martian existence for a decade.

Perseverance has an on-board laser spectrometer which can analyse rocks with various energy wavelengths.

SHERLOC will search deep-ultraviolet light rock, joined to the end of the robot arm of Perseverance, to identify on their surfaces organic material, minerals and chemicals. The acronym applies to screening living environments for Organics & Chemicals with Raman & Luminescence.

WATSON is also taking microscopic images from rocks, the wide angle topographic sensor for operations and eNgineering. Data from these and other sensors allow scientists to decide whether rock may have signs of microbial fossilisation.