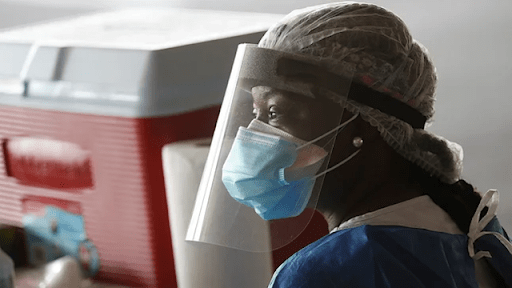 The new variant of coronavirus in South Africa is drawing attention from scientists who have expressed their concern and are understanding the implications of the strain. This new variant named B1.1.529, although detected in small numbers, has a very unusual constellation of mutation. The concern over this variant stems from the fact that it has the capability to evade the affected person’s immune response and cause it to become more transmissible.

As per the South African Health Minister, Joe Phaahla, the new variant is causing an exponential increase in coronavirus infections across South Africa. He further said that the variant has a high number of mutations and is causing a resurgence of infections.

Wednesday reported a jump of more than 1200 Covid cases from an earlier number of 100 in the region. Before the new variant hit South Africa, scientists had predicted the onset of the fourth wave around December.

To make things worse, a report by NICD mentioned a cluster outbreak in an education institute in Pretoria was identified. While the percentage of positive testing is increasing quickly, there has been a more concentrated impact on provinces including Johannesburg, Pretoria and Gauteng.

NICD also stated that “although the data are limited, our experts are working overtime with all the established surveillance systems to understand the new variant and what the potential implications could be,”

Researcher Richard Lessels raised his concern on the growing cases of coronavirus and mentioned that the coming weeks would determine the severity of this variant. So far the variant has been spreading in young people. Moreover, researchers and scientists believe that the new variant has more than 30 mutations which becomes a worry point for the nation’s healthcare system.

The WHO’s African Regional Immunization Technical Advisory Group Professor Helen Rees urged people to not panic. In her interview regarding the new variant, she stated that “we are trying to identify how widely spread this is. In the meantime, our big request to the world, in terms of vaccinating the African region, is please get the vaccines out into the region because as we know variants don’t stay in one country”.