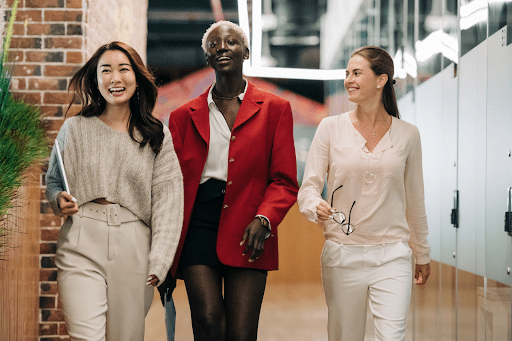 New media and technology are growing in the world as well as in Asia and Africa is not isolated from it especially among the educated and new generation. But still, it must reach out to the people of Africa, where we can witness many indigenous populations as well as those who are educated but are unaware of the use of cyberspace. In the world, most of the indigenous communities are found in 54 countries in the continent of Africa.

Indigenous people, who share a very strong bond with their tradition and culture as their identity. They can also have a say at local, national and international levels for their identities and policies that will sustain their well-being and protect their lands, territories, and resources. They chose to follow their traditional practice as their lifestyle and live with nature.

There is an essential need to do research about these specific indigenous communities who are struggling for their basic needs. The scope of this webinar can be made efficient and productive utilisation of visual culture throughout every corner of Africa and how it can affect and promote their lives. Awareness of visual ethics is very essential for the proper representation of one’s identity.

New media offers dynamic information through the internet. How do we smudge these boundaries? Here we are talking about two continents, Asia with 49 countries and Africa with 54 countries. We are not able to travel now, like how we used to. Thanks to new media, we can connect virtually and exchange information. Who is going to communicate and exchange ideas and information? It’s you! The way you communicate, represent yourself in cyberspace is going to define your identity and it will be there forever as a part of big data. Therefore, each one of us is responsible to portray our culture, which is our living style, the way we speak, the food we eat, what we wear, our traditional rituals, folk songs and dance, and how it is passed on to the next generation. It all matters! Before you explore the world You must know your identity, your roots from where you belong and understand your culture, pick up the use and share that information with the world. You have a platform. Here, again a representation of one’s identity and one’s community are two different dimensions but it is all connected.

Many scholars are doing their research work on culture, languages, ethnic tribes, their food habits, outfits, the climate differences. Researchers were searching for the overlapping point. The common grounds where Asia and Africa can connect and help each other. I believe acceptance is another way of understanding than just observing. Irrespective of our differences we must accept the differences and promote the concept of a global citizen.

On the other hand, the world is going through a crisis, and it is more than COVID19, Food scarcity, Unemployment,  Flood, Locust outbreak, Ebola, Racism, there is also debate going on Grand Ethiopian Renaissance Dam, river nile dam. The data of outlook 2020 crisis in Africa states about displacement and food insecurity in Central African  Republic, Somalia has Seen persistent instability and conflict since 1991. More than 5 million Somalis need some form of assistance; over 1 million face crisis levels of food insecurity. Instability has driven a massive rise in displacement, from 9,000 people at the start of 2018 to nearly 5 lacs (as of October 2019) in  Burkina Faso. Civil conflict in South Sudan has killed almost 4lacs  people since 2013. Nigeria faces multiple conflicts, most prominently a decade-long insurgency in the northeast and rising communal violence in central areas and the northwest. And this list will go on.

How hard power is setting up propaganda and ruining the situation even more. “Power is like the weather. Everyone depends on it and talks about it, but few understand it.

A country’s soft power is its ability to make friends and influence people – not through the military, but through its most attractive assets notably culture, education, language and values. In short, it is the things that make people love a country rather than fear it; things that are often the products of people, institutions and brands rather than governments. The soft power in this hard world.

WHY SOFT POWER MATTERS MORE THAN EVER

For a start, the world is increasingly multipolar and hyper-connected, with wealth, power and information being ever more widely diffused. The rise of democracy, social media and direct action means governments must be increasingly responsive to national and global public opinion. Mass peer-to-peer international cultural contact is on the increase and is changing the nature of cultural relations. The increasing diffusion of information and opportunity due to the internet and digitalisation is leading to a greater diffusion of influence and hence a greater role for soft power, which is largely outside the direct control of governments.

Soft power and influence is key to building the global coalitions needed to tackle these challenges and ensuring respect for the rules-based international system in general.

What is hard power?

Power has historically been focused on “strength in war,” where resources such as population, land and mineral deposits, economic strength, political stability, and military might be of supreme importance.

If a state had a strong navy, a well-trained army, and economic and demographic, it would likely be able to compel or bribe its neighbours with its objectives. Unfortunately, applying these resources could also encourage neighbors to balance against a powerful state. Resources of power could produce fear and opposition.

Hard power resources include aircraft carriers, bombers, and tank divisions as well as the economic might to crush another’s economy or control its markets. Hard power can also come from economic resources that translate into the military.

How has soft power contributed to Africa’s development or solved any issue till now?

For example, The African Growth and Opportunity Act, The President’s Emergency Plan for AIDS Relief, Millennium Challenge Corporation, U.S. African Command have shown that the United States knows how to build soft power reserves and apply them. These programs first show that America recognizes the values it should showcase. Caring about the poor victims of HIV and underdevelopment and creating programs that help them are well received on the world stage. Standing up for good governance, anti-corruption measures and economic reform works too, when they are packaged transparently along with generosity. This credibility will be important to bring Africans onboard for future programs. Some will be more challenging and require hard power, such as the conflict in Daaarfur, political problems in Zimbabwe, Africa’s civil wars, and continued energy security problems. All will require as much soft power support as the hard power.