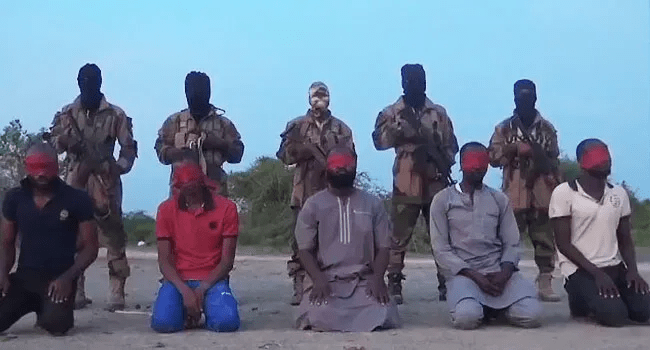 A video has gone viral on Wednesday showing the execution of 5 men by terrorists. The victims were kneeled down and then they were shot dead. The terrorists were in masks and had taken military looks to camouflage themselves. They are suspected to be  Boko Haram fighters. According to sources, the victims were aid workers captured during a raid in Monguno Local Government of Borno State on June 13, 2020.

A group linked with the Islamic State, Islamic State West Africa Province, or I.S.W.A.P., is thought to be behind the attack. After the execution immediately cue of another voice said “Bismillah.”