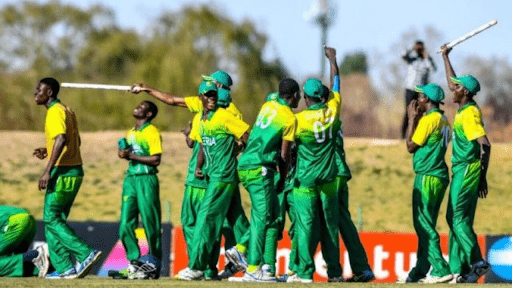 Nigeria’s senior men’s cricket team- The Yellow Green is all set to begin its 6-match session spread over a period of four days to confirm its ticket to the 2022 T20 Cricket World Cup in Australia.

President of the Nigeria Cricket Federation, Uyi Alpata said the team’s world cup preparation is going great and he expects a fair play with the competitors of the likes of Kenya, Tanzania, Uganda and Nigeria. He added that the team has been training for weeks and is in its best form after the two major tournament exposures in the bilateral series with Sierra Leone in Lagos and Uganda.

The team will be up against Uganda and Tanzania in the opening match on Wednesday, at the Gahanga International Cricket Stadium in Kigali, Rwanda. Resuming its double header on Thursday, the Nigeria team is placed against Uganda and Kenya at the IPRC cricket ground.   To bring the six-match qualifying event to an exciting end, all the teams will go on a break on Friday only to resume the final round on Saturday.

The Nigeria cricket team was the first to arrive for the qualifiers event in Rwanda to enable the players to settle well ahead of the planned event, a decision taken by national coach Asanka Gurusinha.

Gurusinga, a Sri Lankan World Cup player was hired by Nigeria last year as a high development manager and national coach. He said that he is happy how the team has shaped up to be a tough one while garnering all the learnings and improving on the quality of performance. He added that even though the qualifying round is a tough field battle, he is optimistic about his team’s top gear performance and given its exposure, it is ready to take on the on-field battle with enthusiasm while reflecting on their strategic learning.