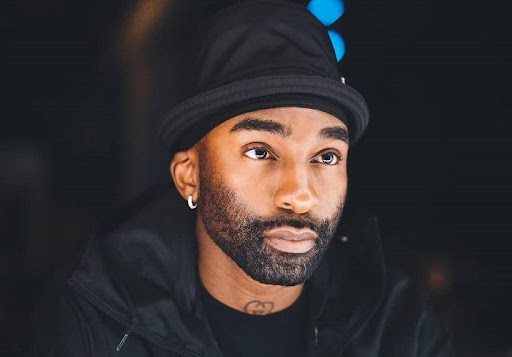 Famous South Africa rapper star Riky Rick who passed away at the age of 34 in the early hours of 23rd February 2022 in Johannesburg was claimed to be undergoing a mental breakdown. While the official statements on the circumstances of the death have still not been reported, if rumours are to be believed, that Rick committed suicide.

Ricky Rick was affectionately known by the name across the globe and was deeply loved by friends, family and his entertainment community. They fondly remember him as someone who developed music from a young age and has been documented as a remembrance of true musical talent.

Riky Rick was nominated for Sama rapper rose in the year 2015 after the release of his 2014 single Nafukwa. His musical talent also enabled him to find the hip-hop Cotton fest festival in the year 2019. Amongst his greatest works of life, Amantombazane, Boss Zonke, and Sidlukotini garnered worldwide attention and brought him the love of his dedicated music followers.

Riky Rick, whose real name was Rikhado Makhado was a prodigy who grew up in a township KwaMashu, a place artificially created in 1994 by the white-minority regime that ruled during Nelson Mandela’s growth to power. The township was created in the coastal city of Durban, for black people.

Rick was born and lived with all that he could wish in post-apartheid South Africa. He had a wonderful family or a wife and two children, a blooming musical career, a revered position in the music industry and the love of millions of people across the globe.

Riky Rick rose to success in mainstream music in 2014 with his massive single hit of Nafukwa. It was the same year when he also released his first-ever studio album, pertinently named Family values. It included a reflection of his stance and inclination through one of his hit songs Boss Zonke.

There was a charismatic frame in his music with the perfect amalgamation of hip-hop and the unique take on the South African view of music through kwaito. His music could resonate with the masses which attracted not just worldwide attention but also fame. His music influenced the hip-hop party and music lover circles in South Africa, which further strengthened with his creation of the Cotton Fest festival. The festival was considered an urban platter platform for the new, blooming and established music performers, talent to represent themselves and show the world their music.

While fame brought love to the path of Riky Rick, he suffered from handling fame all his life, while trying to manage an ordinary life. In his interview, he once said, that most musicians are scarred beings, and their biggest drug is the on-stage performance and nourishing themselves from the energy their receive from the crowd.

While he lived a vibrant life, resonating with his music and exploring as well as expanding the facets of music, his deep self was drowning in depression. At his funeral, mourners dressed in white clothes to support his courageous fight against drugs and alcohol addiction, his love for music, family and fashion.