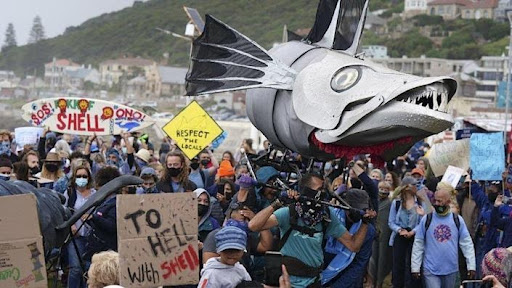 In a triumph for the environmentalists, the South African court blocked Shell Oil from exploring in the Indian Ocean that impacts the whales and other aquatic species and the lifecycle as a whole. Shell, a fossil fuel giant, had announced its plans about exploring more than 6000 sq. km in the Wild coastal region using seismic shock waves whose signature on the bounce off directs straight to the energy-bearing locations.

The suit filed by conservationists raised concern over the Shell exploration plan to disrupt the aquatic life through the seismic shock waves which were backed by the High Court and prevented the Shell from undertaking explorations in the area.

According to the Environmental group- Oceans not Oil, the sea creatures from small such as planktons to the big ones such as penguins, dolphins, and whales will be severely impacted and even blasted upon the seismic shock activity.

The exploration was initially scheduled for a period of 5 months and was meant to start on December 01.