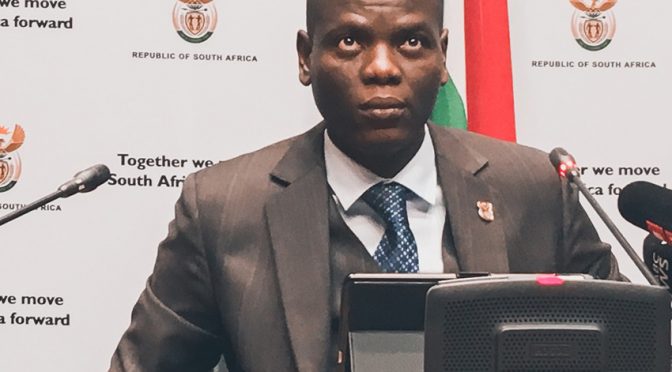 South African Government is developing a legislation that will ban foreign nationals from ‘certain sectors’ of the economy, Minister of Justice and Correctional Services Ronald Lamola said recently.

In a fundraising gala dinner hosted by the Kgalema Motlanthe Foundation on September 19, 2019, Lamola stated that the legislation related to foreign nationals doing business in South Africa, though still in a developmental phase, was under process.

According to him, foreign nationals were really needed in some sectors of the economy for it to grow but it was necessary for the government to decide the sectors in which they can play their role and the extent of their role. He said that foreigners cannot be excluded totally because being the biggest economy of the continent, they will be the largest beneficiaries of free trade across Africa.

Lamola also said that legislation was needed to be put in place to strike a clear balance that will reserve some of the sectors with no foreign national but not at the cost of economic growth in South Africa. He denied that the country was closing its borders for every outsider by claiming that the largest industrial economy, South Africa, stood to benefit the most from the Africa Free Trade Agreement the most. He said that the legislation was needed to be realistic.