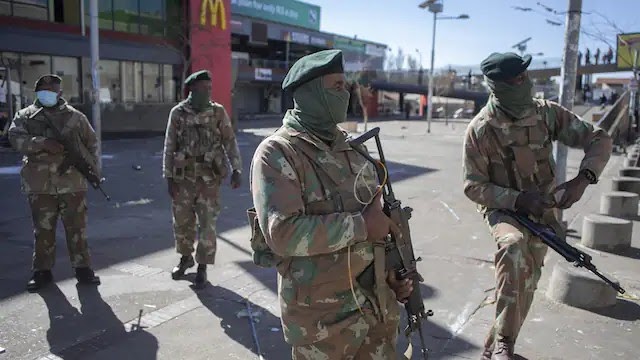 On July 7, former South African president Jacob Zuma surrendered to police and was arrested. He faces 16 charges which include racketeering, fraud, and money laundering, related to a 30 billion Rand ($5 billion) arms deal he negotiated as vice president in 1999. Government prosecutors first brought these charges in 2008 but dropped them when Zuma became the President from 2009 to 2018. He then received a 15-month prison sentence for contempt of court after he refused to appear before a state commission of inquiry into corruption under his administration. Local protests, centered on the Zuma family compound, have been ongoing since late June. Zuma has faced many controversies and just before his arrest, he said “I am not scared of going to jail for my beliefs. It will not be for the first time. I will be a prisoner of conscience.”

Not an ethnic mobilization

Why are all people giving constant support to Zuma?

His stated preference for engaging in large-scale economic redistribution — albeit at times through corrupt means — address persistent, racialized poverty in South Africa. Zuma poured millions into upgrading the family’s houses in Nkandla — adding a swimming pool, a helipad and underground bunkers. He also enhanced the surrounding area, bringing in electricity, roads, and piped water after he became president in 2009.

The populism of Zuma

Zuma’s populist economic message, combined with his trademark charisma and flair, especially in his native Zulu language, endear him to his supporters. He stands in contrast to his rival, Ramaphosa, a wealthy, technocratic businessman from Soweto.

Zuma’s trial has been a test for the strength of democratic institutions in South Africa. Would the institutions of the post-apartheid state serve as impartial judges and ensure the rule of law? So far, the answer is yes.

The demonstrations against Zuma’s arrest, however, have added a new dimension to the challenges South Africa faces. The widespread anger at the lack of progress on economic equality and the belief that the government is targeting a politician who claimed to stand for those people left behind is palpable in the protests.

One Zuma supporter clarified about the protests: “For our people, this is not lawlessness. … It is survival, and survival at all cost.” The Jacob Zuma Foundation tweeted Friday that the organization has “noted the reactive righteous anger of the people.” If these are the responses to actions from state institutions carrying out their functions, then the question remains: For whom were these institutions designed? The answer from the protesters seems to be: Not us.