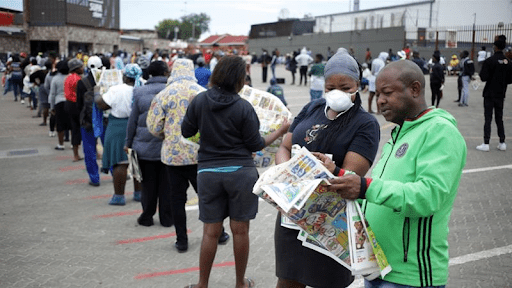 Government data revealed on Tuesday that South Africa’s economy contracted by 51 per cent on an annualised basis in the second quarter, as coronavirus lockdown restrictions pummel Africa’s most industrialised nation. The 51 per cent drop in the three months through June was worse than many analysts were expecting and marks the fourth consecutive quarter of negative economic growth for South Africa. It is been recorded that the seventh-largest number of cases worldwide, although it has seen fewer deaths than some other badly affected countries.

This is the first time that the South African economy has contracted for four straight quarters, as analysed by Statistician-General Risenga Maluleke. The rand dropped roughly by 1 per cent against the dollar on the dismal data to trade at 16.9325 to the dollar.