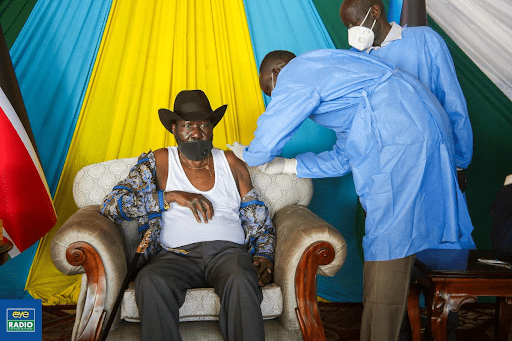 On Tuesday afternoon, President Salva Kiir of South Sudan received his first AstraZeneca vaccine. In recent weeks, there have been several controversies about the vaccine’s safety and effectiveness.

President Barack Obama received the vaccine on Tuesday, according to Presidential Affairs Minister Barnaba Marial Benjamin, so that he could set an example that the vaccine is safe and that people can expect it.

“We need to take this injection which has been taken by millions of people across the world. “We are not the first ones to be jabbed with it. And we admit that there are some risks in it but there are more when you are not injected,” he said.

Mr Marial urged people to get Covid-19 vaccinations. They obtained 132,000 doses of the AstraZeneca Covid-19 vaccine in late March. This is the first of many vaccine shipments expected to arrive at the Covax facility in the coming months.