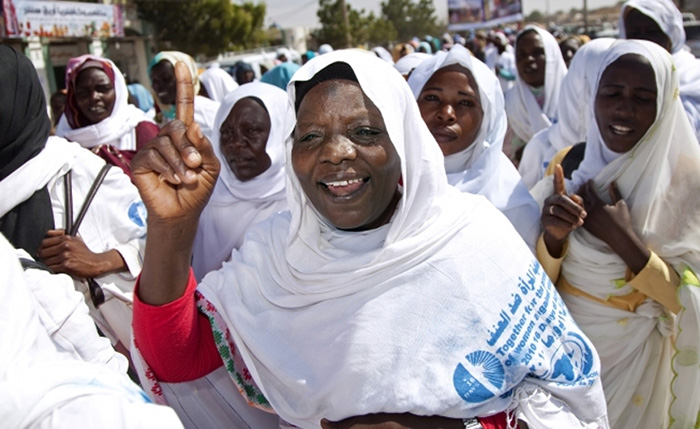 The 2018-2019 protests in Sudan represented a return to government, organisation, and mobilisation of women rather than a sudden rise. Women became recognisable leaders by music, poetry and speeches in the leading lines of the prohibitions. They scheduled time and sites and arranged them. They provided other demonstrators with food , shelter and the resources needed. They also have been subjected to physical abuse, tear gas and death. According to news media, over 70% of protestors were women.

Alaa Salah, wearing a white gown with big, golden earrings, was the most obvious example, and her video clip was on top of a car, singing with a densely packed crowd of protesters, and was used in many foreign media outlets. Since she took her famous picture on the car and posted it across social media, Ms. Salah has addressed the Security Council of the United Nations, done several other interviews and has stopped attempting to pursue her education for a better Sudan.

The Transitional Constitution ensures that the Transitional Legislative Council, which contains 120 members, represents 40 per cent for women in the 300-seat parliamentary assembly, an increase of 25 per cent from the previous representation quotable under the former regime.