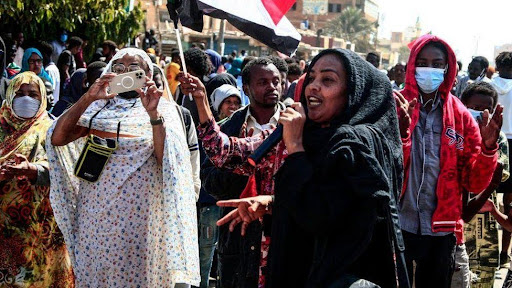 The once notorious operating police in Sudan is feared back in action in the region and abducting people from what is expected would never be seen again. Resuming its operations in Sudan, last month the secret police members, manoeuvring in plain clothes, stormed into the home of Amira Osman.

Amira Osman is a trained engineer who is also a women’s rights activist and member of the Sudanese communist party. It is believed that she was arrested by the GIS (General Intelligence Service), however, the authorities have not committed the act.

The arrest of Amira Osman is one of the many since December when GIS, formerly known as NISS (National Intelligence and Security Services) was allowed. All of the abductions have been made without intimating the families of their whereabouts. Other prominent activists and people have taken to the streets protesting against the arrests and demanding authorities of their release. The UN mission in Sudan has also called for the release of Amira Osman.

Describing the incident, Amira’s older sister Amani, who is also a human rights lawyer, said that 30 men with Kalashnikov guns and sticks broke into the house only to arrest her sister Amira. The incident left her children and nephews terrified. Amani added that these security forces did not just terrorize their family but also threatened their neighbours and the owner of a shop nearby.

These incidents have been triggered by the military rule in the country. In light of these incidents, the protesters are demanding civilian rule, claiming that the military of Sudan has close ties to Bashir and his regime. The protesters blame the return of the secret police for the ongoing unrest in the country and fear that if it is not brought to books, this would lead to total chaos in Sudan.