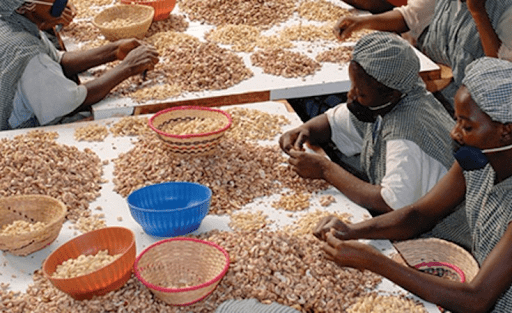 The Tanzania Mercantile Exchange (TMX) Plc in trading raw cashew nuts (RCNs) during the 2020/21 harvest season. The government has said that the warehouse receipt system (WRS) will be used alongside the online trading system. After having a meeting with the cashew stakeholders held in Lindi region at the weekend, Agriculture minister Japhet Hasunga made the announcement that the trading season for 2020/2021 will commence on September 1 this year.

After the meeting he also said that the countries with potential buyers have not opened yet due to the pandemic but shortly they will join, the domestic buyers will bid in the boxes located in their societies and the distant ones can do it online mode and the one with the highest bid will be announced the winner. He instructed stakeholders to carefully use the WRS system as it will determine the achievements of other newly-introduced systems.