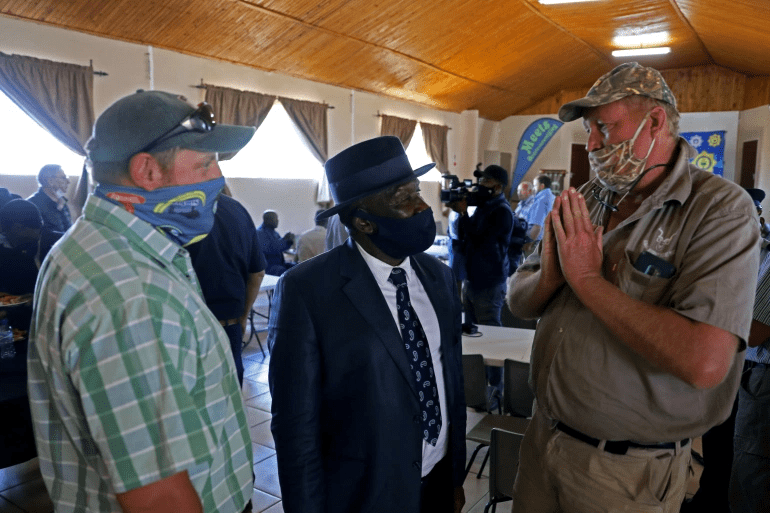 Emotions ran high on Friday as two Black suspects appeared during a South African court over the murder of a white farmer which has once more sparked racial tensions 26 years after the end of apartheid. A barbed-wire fence circling the courthouse in the central town of Senekal where police and a high-pressure water cannon were deployed as opposing groups of white farmers and Black activists gathered near the site.

The killing of Brendin Horner, a man whose tortured body was found tied to a pole near his farm within the Free State province, sparked riots at the beginning of this month, and prompted President Cyril Ramaphosa to form a press release urging South Africans to “resist attempts … to mobilise communities along racial lines.”