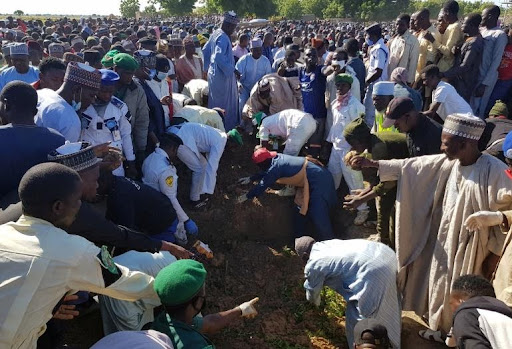 The Presidential office of Muhammadu Buhari in central Nigeria released a statement on late Tuesday stating that at least 45 farmers were killed in violence erupted between herders and farmers. Dozens of people were wounded in the violence which broke out when armed Fulani herders attacked the local villagers of the Tiv ethnic group. The incident happened when a kinsman was killed by the Fulani herders and the death was blamed on the Tiv group.

The Presidential office of Buhari expressed grief over the unrest and the killings and mentioned that his government will spare no effort in pulling out the perpetrators behind the gruesome incident. According to the local police, the unrest spurred on Friday and continued till Sunday, which initially rose from a death toll of 8 to 45.

Ramhan Nansel, a Nasararawa police spokesperson said that to restore peace and calm in the area, they had deployed military and police. He also mentioned that “We had received a complaint on the killing of a Fulani herdsman but while the investigation was ongoing, a reprisal attack was carried out in Hangara village and neighbouring Kwayero village”.

The deadly clashes between the Fulani herders who are Muslim and the local farmers who are Christian has taken a new dimension of religious and ethnic clashes which dates its roots back to more than a century.

This friction in the earlier times was caused by population growth, droughts, sedentary farming expansion to communal areas and was the result of poor governance.