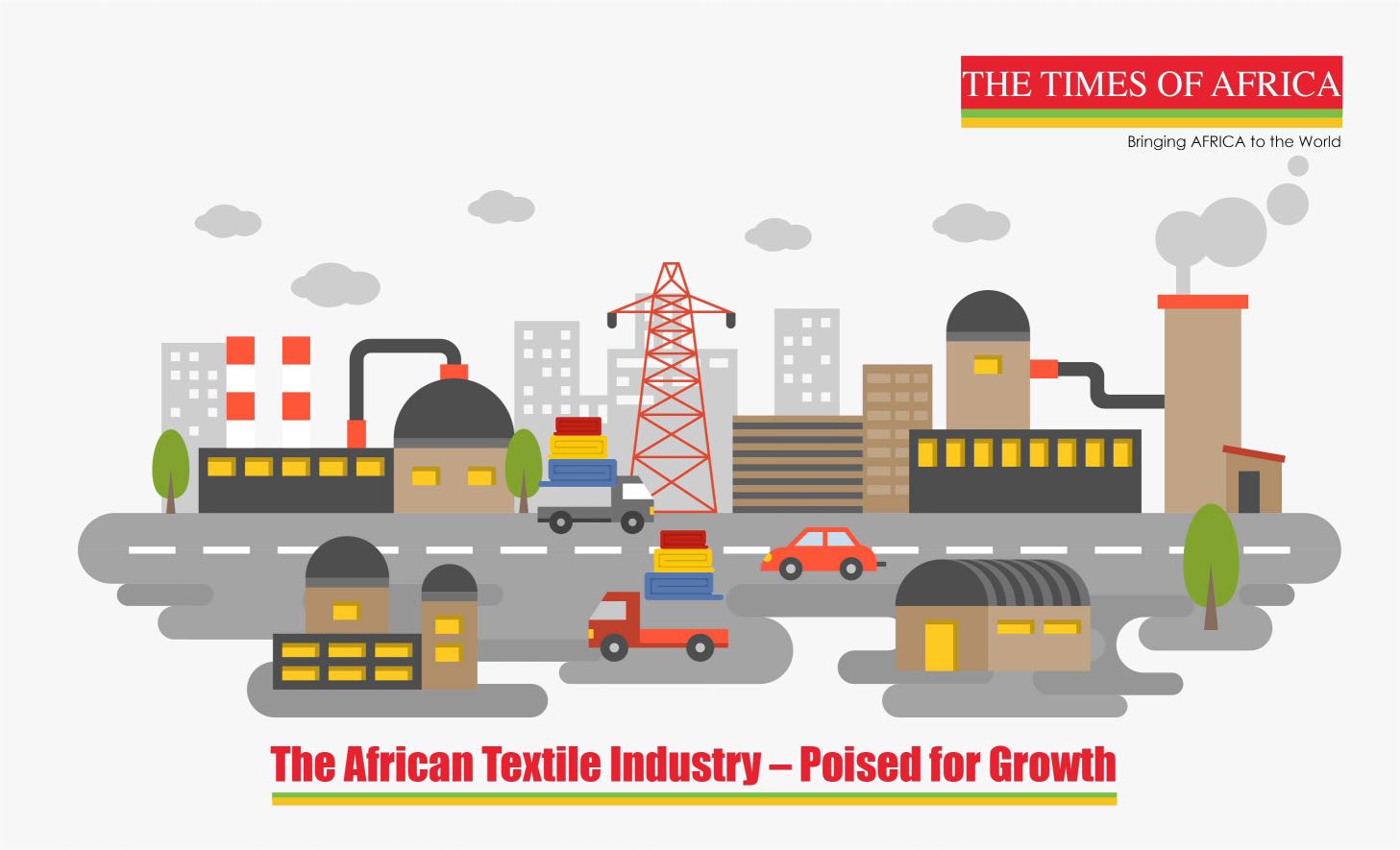 The textile industry in Africa is booming and the major reasons are foreign investment, confidence of the investors on the continent’s manufacturing and design capabilities and the rising fashion industry, although China remains the undisputed leader globally, and the African textile production capability is still minuscule in comparison.

In 2013, the total apparel export by East Africa (Ethiopia, Kenya, Tanzania and Uganda) stood at $337 million as compared to China’s $177 billion. Statistics also point out that 62% of the continent’s total exports were in primary form and hence industrialisation remains a priority in the continent.

Although Ethiopia has set a target of generating $30 billion through export revenue from apparels by 2030, a lot needs to be done to realise this target. Currently, the country is investing in industrial parks to boost textile production. Other countries which are also doing good in the textile business are South Africa, Mauritius, Madagascar and a few North African countries. In South Africa, the textile retail trade business had risen from $9 billion in 2011 to  $14 billion in 2018.

In 2000, the US congress had signed up a deal, i.e. the African Growth and Opportunity Act (AGOA) with Africa, which enabled Africa to export its textiles duty-free to the US. The AGOA beneficiary countries’ exports had reached more than $1400 million by 2019. In 2017, the US’s direct investment in Africa in textile manufacturing stood at around $50 billion.

Due to the availability of affordable labour and craftsmen, establishing a textile mill remains a profitable investment in the continent. Cotton is locally grown and sold, which is a good income source for the locals. As per estimates, the cotton business employs more than 400000 workers and the industry majorly comprises of the micro, small and medium enterprises (MSMEs). The type of workers employed is both skilled and unskilled labour.

As per existing industry trends, the African textile industry can evolve and flourish further in the following two ways:

By Becoming the Prime Sourcing Hubs for International Brands

In this case, the local textile suppliers can become the product sourcing agencies for international textile brands which are opening up their regional subsidiaries in Africa. This could serve as an initial kickoff for the continent’s economy while requiring little investment and minimal technological upgrades for the local businesses.

Through Development of Prominent Local Brands as Suppliers for the World

This would be more a long-term process and could take a decade to establish. Major technological upgrades and knowledge enhancement would be required for the local brands to establish themselves globally. The ultimate benefit of which would also be the stabilisation of the African economy.

For both the above cases, however, the African governments will have to ramp up their efforts for the development of new local infrastructure while ensuring disruption-free power supply.