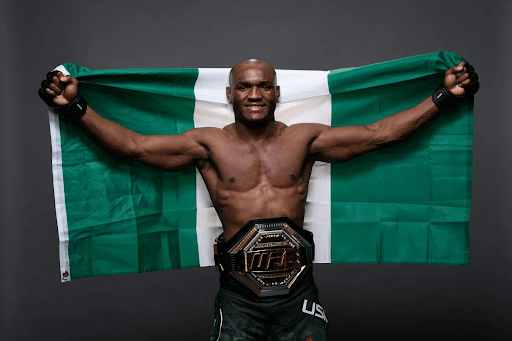 A big night Nigerian nightmare in the Ultimate Fighting Championship 261 for Nigerian Kamaru Usman. In the second-round he scored against American Jorge Masvidal on Saturday and secured his undisputed UFC welterweight title. Usman says his work is not over because now his fight is to continue improving his game.

He said in an exclusive interview that “I’ve finished really my last three opponents, I’ve finished them all. So right now I just need to take some time and continue to train and get better, but these guys got to show me something because right now, I’m the champion, I’m the most active guy in the division, these guys just can’t wait around and wait for me to call their number, they need to show me something,” “I want to be that role model to everyone from Nigeria, from Morocco, from Cameroon, all the way down to South Africa, I want to motivate them and say this can be done so, this one was extremely satisfying for me tonight.”

Usman’s win improved his record to 19-1 and extended his unbeaten run to 18 fights, securing his place as one of UFC’s greatest fighters.