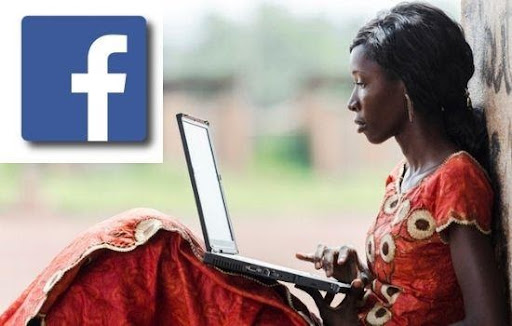 Facebook, while is losing its sheen in the western countries due to other platforms taking form, Africa however is garnering a huge base for the tech giant, so much so that the social media platform has come to become indispensable in the continent. From running businesses to finding talent, sourcing vaccines to simply entertainment, Facebook has become inescapable for the people of Africa.

Facebook undoubtedly comes with a myriad of benefits for emerging markets such as Africa, with the two most vital being; a complete unbiased platform with ease of use and access to everyone and the second being the analytic function of Facebook that makes the content reach millions within posting it.

This unavoidable nature of Facebook for Africa has led to consumers and brands depending heavily on it, which means that while any person irrespective of the nature of the work, can promote, sell and create a business opportunity on this tech platform, without having to worry about renting a physical space.

For the African continent, Facebook is just like the internet, which has brought with it immense possibilities of employment, reaching out to people, sharing their life stories, making people aware of the happenings across the continent, and associating with people to create more opportunities. Moreover, Facebook, in 2015 launched Free Basics, which was an internet service aimed to provide users free access to its platform, and users could access it even on low-cost mobiles. It is this feature of accessibility of Facebook that has made it reach the people of Africa so easily, changing their lives for good.

With over 8% of African households having computers, and 50% having mobile ownership, most of the Facebook use by Africans is via mobile phones. Moreover, Facebook is available even if the data plan the people have purchased runs out, which gives the tech an edge for the average African to access it during no data availability.

While the western countries are deleting their Facebook profiles owing to its privacy record, political volatility on the platform due to the designed algorithms which prioritise friction. Also, the younger generation prefers a platform that can allow them to post short, crisp content, with transitions and better video options such as Snapchat, Tik Tok, or Instagram. This has led to the stagnant growth of Facebook in western countries.

However, in Africa, especially during Covid-19, Facebook gained prominence. It was the time when Africans across the globe wanted to remain connected with their family, and most of them were losing their job, financials, undergoing an economic breakdown. Facebook came as a rescue for the Africans in this grave situation by keeping them connected and letting the family and friends know each other’s whereabouts. This has brought Facebook to its new pasture in the form of the African continent, where it can expand its business to both benefit itself and the people of Africa.

Moreover, many countries in Africa have been undergoing a period of political instability, famine, insurgency, etc. This drains the population of basic resources, leaving them to be famished. Facebook, in such areas, comes with shining support and becomes a vitality for the people to survive their businesses. It can even form a core part of their supply chain, streamlining the already disrupted supply to the other parts of the world. This happens by receiving orders through Facebook, irrespective of the business or even a start-up, and delivering the service or product by knowing the security risk, beforehand to plan accordingly.

This ease has made people shift from eCommerce sites to Facebook, which offers more transparency, a direct connection with the supplier, and a clear track of delivery.

This second life to the people of Africa through Facebook has made the tech giant an unavoidable entity, which is giving life to the existing and aspiring entrepreneurs.