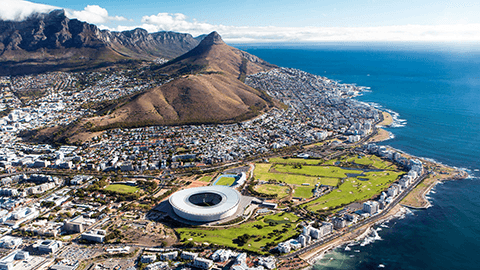 While many plan their holiday trips to Europe and selected Asian countries like Thailand, Philippines, etc., most of them simply overlook a continent which has massive potentials to offer through an expansive array of exciting travelling opportunities, i.e. Africa. The continent literally has it all — from an extreme climate to natural beauty to an extreme safari where you can plan your next adventure of a lifetime. Would you like to explore?

Before you start packing your bags, therefore, consider the top three tourist destinations that Africa has to offer for a lifelong intrigue.

This country, being one of the oldest civilisations, was once being ruled by the pharaohs who, during their reign, built many monumental structures that are still a wonder today. The major attractions consist of the Pyramids of Giza which comprises of three pyramids. Counted as one of the seven wonders from the ancient world, the structures have remained intact for over thousands of years. The great Sphinx of Giza is also part of the same complex.

Another popular place is the Temples of Abu Simbel, which consists of two massive rock temples located at a village in Aswan near the Sudan border. These temples were built during the 13th century BC by the Pharaoh Ramesses II. The temples were relocated during the 1960’s to prevent them from getting submerged under Lake Naseer, an artificial water reservoir.

Maasai Mara, locally known as The Mara, is a large wildlife reserve in Kenya, which is adjacent to the Serengeti National Park in Tanzania. The area stretches to more than 500 sq. miles. Of all the wildlife population, the lion, leopard, elephant, cape buffalo and the rhinoceros are abundant. The place is also home to many other wildlife species. More than 450 species of birds have been identified in the park. As for tourists, there are many places to stay nearby, with many more ready to be built up to support the ever-increasing tourist influx.

The country’s capital, i.e. Cape Town itself is a port city located at southwest coast. Well known for its pleasant climate and well developed infrastructure, the popular places of visit are Table Mountain National Park, Cape Town’s beaches and many

other cultural attractions which consists of the Victoria & Alfred Waterfront built
on top of the docks of the Port of Cape Town, which also hosts the Nelson Mandela Gateway though which you can ferry to Robben Island, a prison which once held Nelson Mandela.

If you are a kind of person who is interested in adventure sports like paragliding and skydiving then this is the best place for you to visit.

Tourism industry promotes a great deal of opportunities in terms of business. Setting up an investment in the hospitality sector remains perennially evergreen and particularly thriving during the peak seasons. Not only this, specialised workforce can be employed as tour guides and more also generating massive employment for the local economy. Multiple side businesses also get simultaneously boosted like restaurants offering continental food, and more.

For more on how exactly you can cash in from this burgeoning income prospect, please look out for our next report on the sequel. Africa is a dream that is about to be discovered in the coming decade, which is precisely why we are so keen on bringing you this golden investment opportunity of a lifetime.