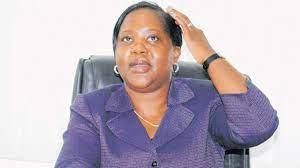 Mwele Ntuli Malecela, one of the most revered scientists in Tanzania died in Switzerland, at the age of 58. Dr Mwele, the senior United Nations Civil servant and Director of the Department of Control of Neglected Tropical Diseases at WHO, was diagnosed with cancer in 2019.

Dr Mewele, a passionate scientist and an admirer for women across the globe was born in 1963. She was the daughter of John Malecela, the retired Prime Minister of Tanzania. She had studied at the University of Dar es Salaam in zoology and did her doctorate at the London School of Hygiene and Tropical Medicine.

She was also the first woman to lead NIMR (Tanzania’s National Institute of Medical Research) and was running programmes for patients suffering from lymphatic filariasis. Her successful programmes were functional in 53 districts of Tanzania and covered approximately 13 million people in the nation.

In 2017, Dr Mwele was fired from her position as the head of NIMR by the then President of Tanzania, John Magufuli because she made the research findings on the existence of the Zika virus in the country public. However, the President denied he sacked her, there were claims of his involvement in the dismissal of Dr Mwele from her position.

Upon hearing the news of Dr. Mwele passing, people across social media have been pouring their condolences and expressed grief over a great person gone too soon. Samia Suluhu Hassan, the President of Tanzania also took to his Twitter handle to offer condolences on Dr. Merle’s death and called her the child of Africa who tirelessly worked for Tanzania from within and outside the African continent’s borders.