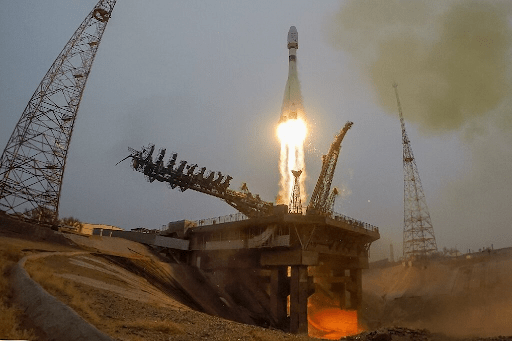 Tunisia celebrated the launch of the first domestically built satellite on Monday, hoping that it would encourage young engineers to pursue careers in the celebs’ reception rather than emigrating abroad. A team from telecommunications giant TelNet designed Challenge-1, the satellite.

It was launched aboard a Russian Soyuz rocket alongside 37 other satellites. On Monday, it took off from Kazakhstan’s Baikonur cosmodrome. Tunisia became the sixth African country to produce and send its own satellite into space with this launch. The Challenge-1 is about collecting data, such as temperature, pollution, and humidity readings, in places where there is no internet coverage, as part of attempts to collect such data from areas outside of terrestrial phone networks. At TelNet headquarters in Tunis, President Kais Saied joined engineers and journalists to witness the launch survival screen.

“Our real wealth is that the youth who can face obstacles,” Saied said, stressing that Tunisia lacks not resources but “national will” amid its dire social and political crises. “We are proud of our youth,” he said.