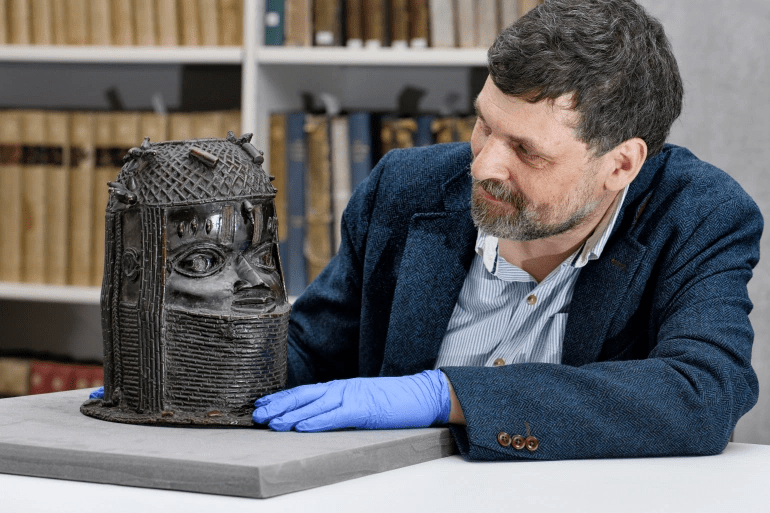 Photo credit: Neil Curtis, head of museums and special collections, with a Benin Bronze depicting the Oba of Benin at the University of Aberdeen in Scotland Photo source: Reuters
Spread the news

The University of Aberdeen, Scotland said it will return a Benin Bronze to Nigeria shortly. The University is one of the first public institutions to return the precious sculptures more than a century after Britain looted them and after that they have auctioned them to Western museums and collectors. The university informed that the sculpture is of an Oba (ruler) of the dominion of Benin.

The university said on Thursday that the sculpture of an Oba, or ruler, of the Kingdom of Benin, had left Nigeria in an “extremely immoral” fashion, leading it to reach out to authorities in 2019 to negotiate its return.

Pressure has been imposed to return the sculpture of the Benin Bronzes – actually copper alloy relief sculptures – and other artefacts taken by colonial powers. Aberdeen’s head of museums and special collections, Neil Curtis said the Bronze was purchased in 1957 and was looted 124 years ago by British soldiers.