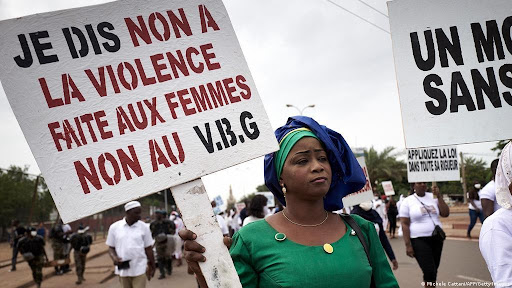 African women have been the victims of violence and inequality across the continent throughout the course of their history. This has only aggravated to more gruesome incidents and trafficking that are inclined towards gender-based violence. These incidents are more prevalent in the under-developed areas of the continent owing to lack of education, poverty, low employment opportunities, undernourishment, and slavery predominant in these parts of the continent.

According to the statistics, the most vulnerable to human trafficking are between the age group of 9 to 17 and most females who fall the victim are in the age category of 18 to 25. This vulnerability leading to human-trafficking forms 9.24 million people across Africa, which is 23% of the world’s population of slavery in the modern world. Furthermore, half of what comprises the global human trafficking victims in Africa are in the age category of 18 and the majority of these are females. This staggering exploitation only highlights the victimization of women and the level of slow-paced efforts taken in this direction.

The history of violence against African women

The African continent has a history of females undergoing genital mutilation which was a traditional practice with a long history of 28 years. Even though with time, Africa gained international human rights and female mutilation was a violation of their rights, the act went unreported in most African countries due to lack of awareness and rampant poverty.

Moreover, the female mutilation also had a cultural significance, which according to the translational andrology is performed by a non-medical practitioner. Furthermore, domestic violence has always been a serious and alarming issue across African countries. A report highlights that one-third of African women have experienced either sexual, physical, or mental domestic violence. 51% of African women have been through beatings from their husbands. Moreover, African women were uneducated which contributed to their pitiful situation. They were restricted to their homes and this lead to not being aware of human rights, which were conveniently exploited by the authorities and society in the name of cultural, religious, and gender-based aspects.

Modern-day rights and strides towards the empowerment of African women

African women have received the rights equal to men in various constitutions such as of Kenya, South Africa, and Uganda. AU (African Union) recognizes the role of women in contributing to the development of the financial, cultural, and educational domains of the continent. It also lays a premise which demands the African countries to provide equal rights to females and ensure its implementation across nations.

While women received the right to vote in the 20th century, in many African nations, and have been gaining leadership roles based on their talent, skills, and expertise in government as well as the public sector. There are some countries in Africa that have added to their law that a certain percentage of government positions must be reserved for females.

Crime against women has been criminalised in many countries of Africa, such as Rwanda, where they have a domestic violence law to protect women and their rights.

The African continent is taking a stance to protect females from crime such as foeticide, trafficking, domestic violence, sexual abuse, however, the lack of awareness and poverty is so deep-rooted in some countries, that women are forced into the cultural traditions and ignorance of exploitation.

While eliminating the risk of female trafficking is crucial to women’s empowerment, true success is highly reliant on educating women and making them aware of their rights. The United Nations, in collaboration with the local government and non-government agencies, is working at the grass-root level in Africa to spread awareness about the burning issues amongst women and make them self-reliant to control the gruesome crimes against them.