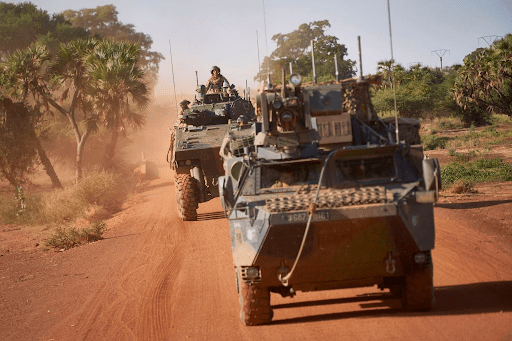 There is a major security crisis in the Sahel, a semi-arid area south of the Sahara Desert extending from Senegal to Eritrea. Terrorist assaults in Burkina Faso, Mali and Niger have risen fivefold since 2016. In February, 4000 people in Burkina Faso were displaced every day due to political instability by the United Nations Refugee Agency. Despite the COVID 19 pandemic and the 18th of Aug, Malian President Ibrahim Boubacar Keita’s loss of power threatens to further destabilise an already unstable country, this direction of escalating violent violence continued.

The causes of rising violence are debated frequently, as the security situation in the Sahel continues to deteriorate, but no one takes sufficient action to resolve it. In the midst of this security crisis, the United States Department of State regularly underlines the position of transnational terrorist groups such as the Al Qaeda and the Islamic State. Daily reports from development agencies and think tanks stress weak state systems, authoritarianism and climate change. Nevertheless, lawmakers refuse to commit money to counter-terrorism or construction programmes.

In spite of the intensive discussions, the problem of international governance is often neglected as a critical contributor to the instability in the Sahel. Rather than take proactive measures to resolve the complexity of the Sahel’s challenges, the region’s problems are compounded by major powers and regional institutions.

Given its intense focus on geostrategic competition and will to equate authoritarianism with stability, large powers like France, the United States, Russia and China, such as corruption and weak state institutions, have effectively perpetuated the conditions which contribute to the rise of Sahel political violence. The governance problem has been compounded by the lack of policy cohesion and inefficient use of military resources in regional institutions like the African Union and the West African Economic Community (ECOWAS).