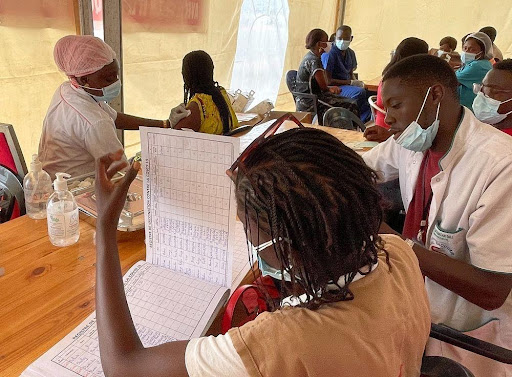 The WHO target of vaccination in the African continent has been under met to only 40%, despite the growing cases of Omicron. The goal of 2021 by WHO was missed in every country of Africa excluding Mauritius and Seychelles where more than 70% of the population was vaccinated. As per the WHO report, there are only 7 countries that have attained more than 40% of population vaccination.

This figure, as of December 2021 witnessed only half of the continent had more than 10% of the African population to be fully vaccinated. However, there are nations such as Ethiopia, Nigeria, and the Democratic Republic of Congo that had less than 2% of the population being vaccinated. Moreover, Eritrea has not even begun vaccinating its people yet which raises serious concern over the health of the African people.

In light of the recent under the met target, WHO has defined another vaccination target for African nations to get at least 70%of its population to be vaccinated before June 2022. However, as the situation goes in Africa and the lack of awareness about vaccination in the local people or people in the remote location, 70% of population vaccination seems highly unlikely.

Matshidiso Moeti, WHO Africa regional director says that the target defined by WHO seems to be completed by August 2024, owing to the lack of resources and awareness amongst people of Africa.

This loss of target achievement can be attributed to poor health infrastructure, inability to deploy medical staff, and lack of funding for medical equipment, tools, and training. Furthermore, with a surge in Covid-19 cases, there have been issues with global supply, distribution, and administration of vaccines. To make things worse, there has been a situation of donated vaccines that had a short shelf life and had to be disposed of. This raised a concern with the WHO and Africa CDC (Centre for Diseases Control and Prevention).