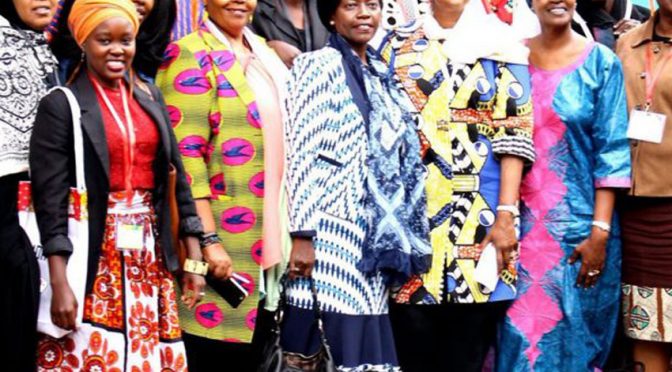 It is one of the most luxurious hotels in Kigali, the capital of Rwanda. The receptionist, Tressy, is clearing out a client’s bill when the two get engaged in a conversation. The customer acknowledges the beautiful weather and the cleanliness maintained by the city dwellers. The receptionist compliments her hat, appreciating the minutiae. Tressy had a certain je ne sais quoi, an eye for the details. Intrigued by her interest, the customer asks how she was so well-versed with the fine points, otherwise hidden from a layperson. Tressy informed she had her own small business of headgear and scarves. In the first year, she reminisces, business was small. In the next year, it grew and has been on a growth trend ever since. Tressy and many like her are exemplary examples of the women who have derived their success from the formula of the informal economy.

Independent and unregistered – these keywords broadly define the concept of ‘informal economy.’ Independent because mostly the employee is also the owner of the enterprise; unregistered because of its non-declaration to the State for tax and/or social security purposes. Despite getting labelled as ‘parallel economy’ and ‘black economy’, the informal sector continues to employ and sustain millions of people, especially women, worldwide. There is, however, a friction: between the growth and functioning of the informal turf and the upper hand of the formal territory in the economy. Nevertheless, informal economies and formal economies co-exist. They cooperate; they learn from each other. Informal businesses that are able to thrive are those that respond very quickly to their businesses. The most crucial aspect of informal economy, perhaps, is how dynamic and unpredictable it is – responding immediately to the needs of the consumers. Through small industries, people are now learning that the end of labour is not just food and something over to barter for a few scraps of clothing. This realization has made people consider small industry as being among the most potent of the catalytic forces for the progress of the developing world.

WALKING THROUGH THE MARKETS OF LAGOS, NIGERIA

In a shanty town called Makoko in Nigeria, a woman is sitting on a boat with plastic mugs and buckets. It is a ‘floating store’ and Patricia is the owner of the shop. On one side of the lagoon, an artisan is making a boat; similar to the one Patricia was paddling around in. Five women work with her and they all are their own masters. Another woman is seen selling fishes. The largest dumping ground in Lagos also serves as a huge income generator, as more than 2,000 workers make a living out of the garbage. Adaego, which translates to ‘daughter of wealth’, has spent 10 years scavenging the dump. And now she has made enough money to become a contract scalar where she measures the materials people had scavenged from the dump. In the Oshodi market, women practically sell everything available under the sun – from figs to furniture to fashion.

THE CHANGING LANDSCAPE IN NAIROBI, KENYA

It was a television commercial that triggered Mary Kinyanjui to write about Women and the Informal Economy in Urban Africa. The advertisement showed a mama mboga (vegetable vendor) hawking vegetables in an Asian upmarket settlement in Nairobi. Rather than shouting herself hoarse to attract customers, as some traders do, she resorted to using a mobile phone to market her goods to customers. One of her customers was a female Asian in a nearby high-rise apartment. After the transaction, the customer used a rope to lower a bag to where the mama mboga was. The mama mboga then packed the vegetables into the bag and the Asian woman in turn pulled it up to her apartment. When she had visited Nairobi in 2009, it was a stark contrast to what she had seen in 1994. From mobile hawkers to selling mobile phones, women have now taken over the reins of informal economy – replacing male Asian and African shop attendants.

ROAMING IN THE MARKETS OF ACCRA, GHANA

She was a wife, a mother and a homemaker. Until her husband lost his job due to a medical condition and she had to start working. It began with a small embroidery project at home. As word spread, she started getting work from bigger brands and the story weaved itself. Today, Cynthia owns her own boutique. What began as a necessity out of helplessness to help the family, morphed itself into a dedicated pursuit of passion! On the streets of Accra, women are living illustrations of such accounts of courage and ambition. Someone is selling home-made pickles, some are selling grounded spices while others have designed shoes using recyclable material. To an outsider, it may seem like a chaos, but this crammed trade vicinity is the place where innovative thinking links to a sales process. Today, women are taking over shops and kiosks and are emerging as the new power players of informal businesses.

Why we see more women in the informal economy? Because, it is difficult for them to enter the formal sector due to cultural and social barriers, lack of formal education and familial responsibilities. Though informal economy has a high labour absorption capacity but it is inconsistent in retaining that labour force. Companies like Indocorp, a leading Afro-Asian Consultant Company based in New Delhi, India is a business vertical of Springboard Enterprises India Private Limited, supply relevant technology and machinery, primarily to the African market based on the projects undertaken. They serve as a great helping hand under such circumstances providing working capital and technology directly to the women in need, enhancing the visibility and prominence of women in the informal sector.

Many people around the world are familiar with Aliko Dangote, a Nigerian who is often described as Africa’s richest man. But Isabel dos Santos, 45, an Angolan businesswoman, is Africa’s richest woman and the eldest child of Angola’s former President José Eduardo dos Santos, who was in power from 1979 to 2017. In 2013, according to research by Forbes, her net worth had reached more than three billion US dollars, making her Africa’s first billionaire woman. Five years have passed ever since and her wealth has Read More…