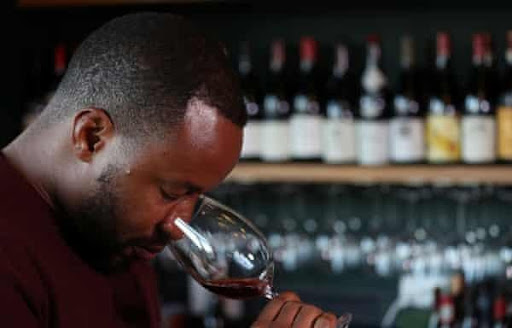 Just like many Zimbabweans, especially youngsters who left the country for better prospects in the neighbouring region of South Africa, leaving the local economic chaos behind, Tinashe Nyamudoka also left his hometown in 2008.

Tinashe who had never before tasted the wine, as long as he lived in Zimbabwe, stepped up in his professional ladder to rank as one of the topmost African sommeliers. Moreover, he is one of the rare successes in the region who boasts of a successful wine label with vast international sales.

The 36-year old talks about his struggle as a Zimbabwean and says that the people of the region have a lot going against them. So, to be recognised as one of the top sommeliers across the globe, despite being an African and most of all being a Zimbabwean is a matter of pride and instills hope for others who wish the same for their life, but hold back with the thought of failure.

Tinashe commenced his career in the Cape Town restaurant as a waiter. It was there that he learned about the different varieties of wine tastes that his customers drank. His passion for wine taste escalated when he moved to the position of a hotel wine waiter and got the opportunity of working alongside one of the leading sommeliers of the city. The talents of Tinashe took shape when he received the best wine steward award in the year 2013 in a competition for luxury hotels in Western Cape, after studying his trade.

It was only a matter of years when his talents were gaining international attention and in 2017, he was among the three Zimbabwe sommeliers to be selected for participating in the World Blind Tasting Championship scheduled in France. Representing his country on an international platform, the team that he was a part of was the first Zimbabwean group to take part in the contest. The competition as huge as of this stature requires its participants to only use their palate to identify the different varieties of grape, appellation, vintage, country of origin, and producer of the wine.

While the Zimbabwe team that Tinashe was a part of did not win, coming 23rd out of the 24 teams participating, their story of being the first team coming from Zimbabwe became the talk of the town. This only influenced their unique story to become the subject of a documentary, named Blind Ambition. The documentary, in the words of Tinashe, brought pride and hope for the others in the country to follow.

This also influenced Tinashe to launch his own label, Kumusha representing roots or home in the Zimbabwe language. The brand has benefited largely from the celebrity status of Tinashe and has produced 200,000 bottles a year.

The label that was conceptualised in the year 2014, came into existence with the name Kumusha, under which 8 wines- four whites, three reds, and a rose wine were produced in South Africa. The locally grown wine brand is sold across the Netherlands, US, Zimbabwe, and Kenya.

Tinashe, with a pinch of excitement and pride, mentions that his indigenous brand started from scratch with no financial aid or handouts, and with pure passion, grit, and dedication, he could not only understand the wine needs of people but also how to expand its reach to bring Zimbabwe on the global map.