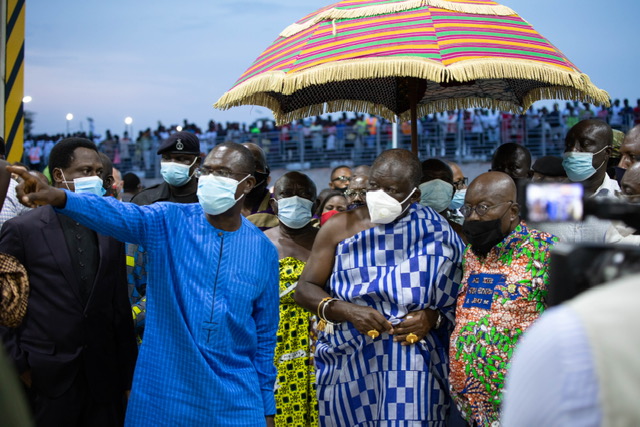 Ghana’s waste management bedrock Zomlion Ghana Limited remains solid in leading waste management activities and infrastructure in the sub-region. In April 2019, the first of its kind, the Integrated Recycling and Compost Plant was commissioned by the Vice President H. E. Dr. Mahmoud Bawumia with the assurance by the owner waste management entrepreneur and Executive Chairman of the Jospong Group of Companies (JGC) and Zoomlion Ghana Limited, Dr. Joseph Siaw Agyepong that he would replicate the facility in all sixteen regions if given the mandate by the government.

Subsequently parliamentary select committees on local government and housing among others and regional ministers visited the facility in Accra and appealed to Jospong to indeed replicate the facility in their regions. But the question is where did Zoomlion begin from? The company started with what is termed the manual tricycle concept from China in 2006.

Ghana witnessed its first massive national private waste management experience in 2006 when Zoomlion Ghana Ltd. first launched its manual tricycle concept in Bolgatanga in the Upper East Region to collect municipal solid waste across the regions and districts of Ghana. The concept which owner and Executive Chairman, Dr. Siaw Agyepong said he saw in China while he was there with his little money to buy a printer for his printing press changed his mind and bought a few tens of them turned this company and the country’s fortunes in the area of economic boost and waste management over a period of fourteen years today. The manual tricycle runs on three wheels with a container behind and propelled by human power.

Lucky for Zoomlion, the then president H.E. Former President John Agyekum Kufuor bought into the idea after the Bolga launch and called the company to nationalise it which took the company to virtually every region through the metropolitan, municipal and district administrative areas. Because the management team of the company believes in prudent management of resources and has an eye for growth, it grew from strength to strength such that it moved from the manual tricycle concept to a motorized tricycle concept to skip trucks, roll on roll off trucks, compaction trucks, street sweeping vehicles, construction of waste management plants among others.

Barely fourteen years on, the company has grown into a multinational business operating in five African countries such as the Republic of Togo, Angola, Liberia, Zambia, Equatorial Guinea among others.

Over the years several waste management facilities have been put up to facilitate waste collection, storage, transport and processing.

The Teshie and Achimota Waste Transfer Stations were constructed to save travel time and traffic by storage and using mass capacity carrier trucks to transport at night and convenient less traffic times to final disposal sites. The company also constructed the Universal Plastic Product Recycling Company (UPPR) to manufacture waste bins, plastic chairs, containers and so on for domestic purposes and established Yeeco Ltd to manufacture bin liners among others using the plastic waste generated and collected in Ghana.

Zoomlion constructed the Accra Sewerage Systems Limited (SSL) at Lavender Hill in Accra to solve the over 110 years’ direct dislodgement of faecal matter into the sea problem. A problem which positioned Ghana for the bad reason as the 7th dirtiest in the world, a similar waste water treatment plant is being constructed in Kumasi by the company in partnership with Pureco Ltd a Hungarian company. The waste water treatment plant which sits on a 130 acres of land is   the first of its kind in the sub-region with a capacity of treating 1000 cubic meters of waste water per day and provide over 650 jobs for indigenes of Kumasi. The 13 million euros worth facility which is based on a robust Hungarian technology to be provided by Pureco Limited, a Hungarian water resource technology engineering firm will also have the capacity to turn waste water into compost for agricultural use

By the foresight of the leadership of the Zoomlion company, the Accra Compost and Recycling Plant (ACARP) was established to receive, sort and process municipal solid waste to produce high quality organic compost for agricultural purposes in Ghana and the sub region.

The 600 ton per day (16 Hours) installed state of the art Material Recovery Facility (MRF) processes 40 metric tons per hour of municipal solid waste from most parts of the metropolis to produce over 100 metric tons of premium organic compost daily with an average composting maturity period between 90 – 120 days.

The Integrated Recycling and Compost Plant (IRECOP) which was commissioned in 2019 now being replicated in all the 16 regional capitals with the biggest being the over 94 million Euros Kumasi Integrated Recycling and Compost Plant (KCARP) which was commissioned in September 2020. KCARP is even touted as being the biggest ever in the whole of the African continent employing over 700 directly and 1500 indirect jobs in the waste management value chain and recovers, processes and manufactures organic fertilizer for agricultural purposes and also recycles the plastics for domestic and export purposes.

It is this IRECOP concept that is being replicated currently with the president H.E. Nana Addo Dankwa Akufo-Addo cutting sod for 10 to be established in the various regions. Construction of IRECOP is underway now in the Western, Western North, Ahafo, Bono, Bono East, Upper East and West an Eastern Regions. These facilities will be ready for commissioning in four-six months. Four of the plants will also take off in the Northern, Savanna, North East, Oti and Volta Regions this year covering all the sixteen regional capitals as Accra and Kumasi are operational already.

It is difficult to tell about the future but one can easily predict that if Zoomlion continues to enjoy government’s deliberate and conscientious support whereby off taker agreements are signed and the necessary environment created, Ghana will be the cleanest city in the foreseeable future as all these facilities will turn waste generated into reusable materials.

The effort shall inure to the benefit of the tourism and health industry as there will be little or no plastic littering of our sea and beaches, cities and schools among others. There will also be no question of inorganic foods in our agricultural system if given the endorsement of government which even started procuring some of the compost for farmers in some years back. Government will not need to procure chemical fertilizers or maybe just a little to add up to the organic compost produced here by these companies or facilities.

The euphoria in Ghana is bombastic about these compost and recycling plants but there is need for government to walk the talk by signing the off taker agreements for all of them to operate fully to have the president achieve his clean Ghana agenda.

Francis Atayure Abirigo is a Development Communications Expert and a student of law in Accra, Ghana.

The views, predictions and insinuations are entirely mine.